Keval News February 21, 2020
Maha Shivaratri is a Hindu festival celebrated annually in honour of Lord Shiva, and in particular, marks the night when Shiva performs the heavenly dance. 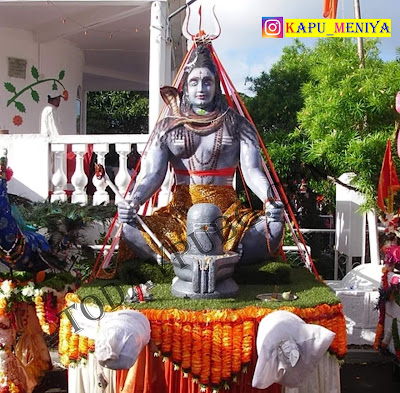 It is a major festival in Hinduism, and this festival is solemn and marks a remembrance of "overcoming darkness and ignorance" in life and the world.

The celebration includes maintaining a "jaagaran", an all-night vigil and prayers, because Shaiva Hindus mark this night as "overcoming darkness and ignorance" in one's life and the world through Shiva.
Offerings of fruits, leaves, sweets and milk to Shiva are made, some perform all-day fasting with vedic or tantric worship of Shiva, and some perform meditative Yoga.
Shiva temples, "Om Namah Shivaya", the sacred mantra of Shiva, is chanted through the day.

Maha Shivaratri is celebrated over three or ten days based on the Hindu luni-solar calendar.
Every lunar month, there is a Shivaratri (12 per year). The main festival is called Maha Shivaratri, or great Shivaratri, which is held on 13th night (waning moon) and 14th day of the month Phalguna. In the Gregorian calendar, the day falls in either February or March.

Maha Shivaratri is considered the day when adiyogi or the first guru awakened his consciousness at the material level of existence.
According to Tantra, at this stage of consciousness, no objective experience takes place and the mind is transcended. The meditator transcends time, space and causation.
It is regarded as the brightest night of the soul, when the yogi attains the state of Shoonya or Nirvana, the stage succeeding samadhi or illumination.

Maha Shivaratri is celebrated in Tamil Nadu with great pomp and fanfare in the Annamalai temple located in Tiruvannamalai district.
The special process of worship on this day is 'Girivalam'/Giri Pradakshina, a 14-kilometer bare foot walk around Lord Shiva's temple on top of the hill. A huge lamp of oil and camphor is lit on the hilltop at sunset - not to be confused with Karthigai Deepam.

The major Jyotirlinga Shiva temples of India, such as in Varanasi and Somanatha, are particularly frequented on Maha Shivaratri. They serve also as sites for fairs and special events.